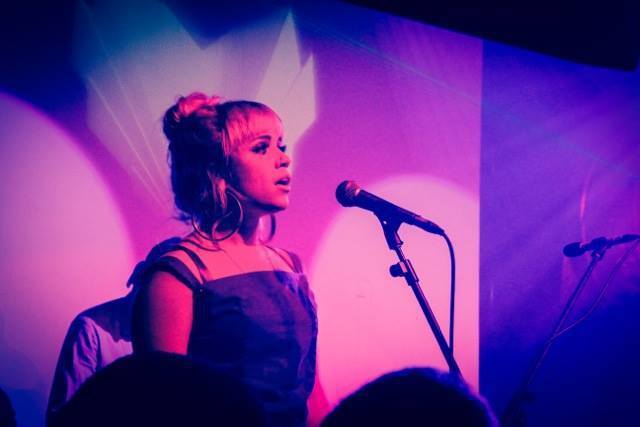 Milly Blue is back, almost a year after her first show at tête. Using loop pedal, ukulele and whatever else might be to hand she sings songs of loves bitterly lost.
Originating from the musical Mecca that is Manchester she then lived in London for a while before moving to Germany in 2014 where she has continued writing and performing.
Over the years she has played supporting the likes of Bonobo and Little Dragon, toured with Scissor Sisters and Gary Numan and appeared on two Basement Jaxx albums. And Billy Paul says she's got a voice 'like butter'. It'll be a great time, she promises. And with Steeven Mouran's beautiful drawings adorning the walls you'll have a lot to entertain you.