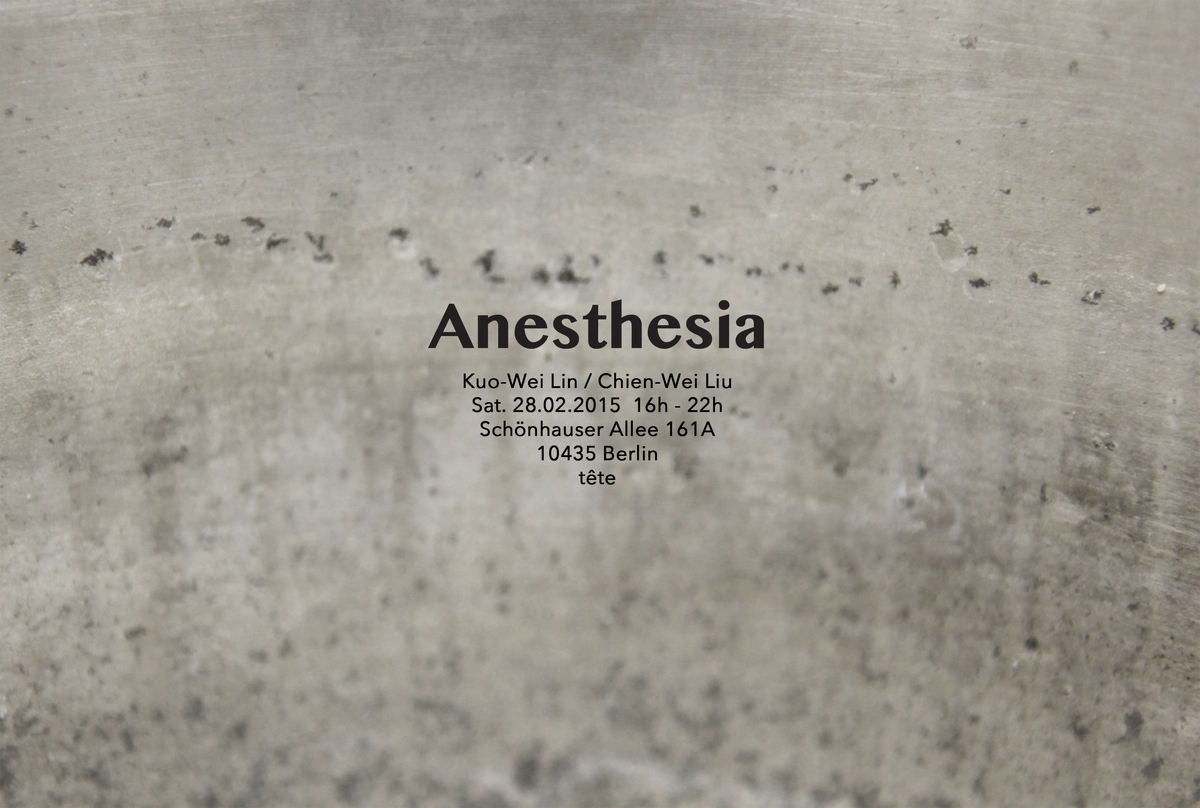 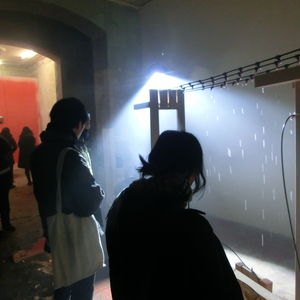 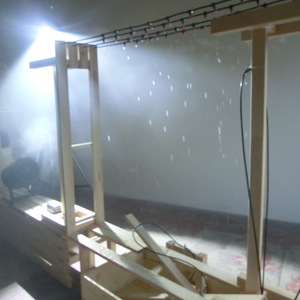 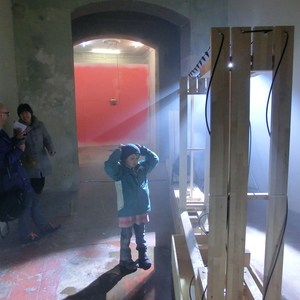 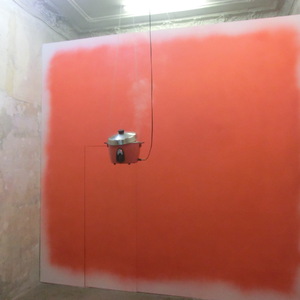 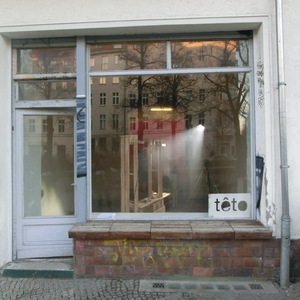 A project by Kuo-Wei LIN and Chien-Wei LIU

“Temperature surfing” is a term referencing the perfect conditions for making an espresso, the coffee with the minimum amount of liquid for the maximum flavour, taste, smell. Kuo-Wei Lin creates a hybrid physical experience, an inter-chaining of artificial sensory effect, through the reconfiguration of domestic IKEA benches, a fog machine, a raining system, and a day spotlight. Lin proposes a group of items viewed as a whole rather than individually.

Lin considers the bench as a space of encounter with known and unknowns. He intends to draw attention to the state of an in/outdoor situation as well as to accentuate the nuance between natural and artificial circumstances. The use of IKEA benches in public spaces interests Lin because IKEA objects are normally used for domestic spaces. The bench blurs a domestic/public border. Benches are often shared with strangers as well as friends/family and is a site for togetherness, co-existence or separation.

Lin seeks to reorientate the viewer to a visual and tactile experience. Contrasting the emotional sublime of the sensory experience with the detachment of a machine, may invoke a sense of powerlessness in the viewer. The installation directs an artificial simulation and an unexpected confrontation. The work may activate various associations from viewer, as well as a state of melancholy.

Chien-Wei Liu is interested in how a small, domestic, transportable object, its colour and form recreates a memory or another sense of place. For Liu, the rice cooker conjures up a sense of home.

The Taiwanese TATUNG rice cooker’s model was a co-production with the Japanese brand TOSHIBA, first created in 1960. This particular red cooker is the original commercial model. This popular model is often used in a family setting in Taiwan and even during travel. The popularity of this object in Taiwan highlights the relationship and history between Taiwan and Japan after the second world war. TATUNG means ‘The Great Unity’ in Mandarin.

Liu suspends this rice cooker and activates it. In this show, the cooker produces a particular odour and sound. In parallel, Liu appropriates the colour of this model, and sprays a white wall with red to obscure the cooker, leaving a white border.