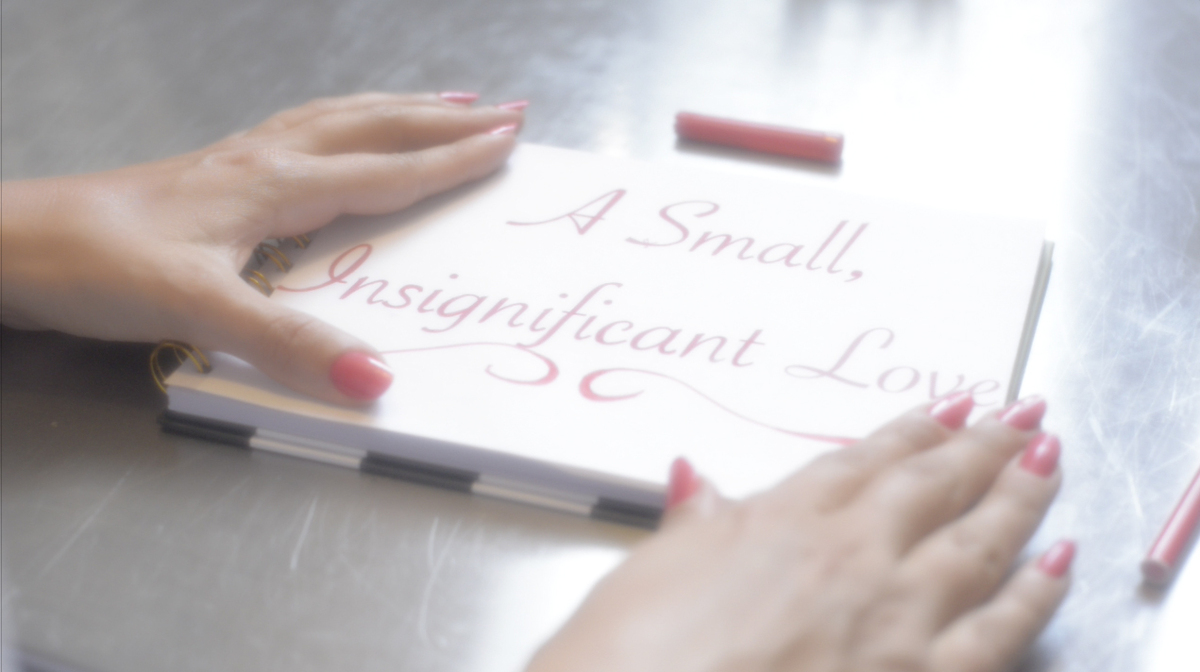 A project by Larisa Crunțeanu

With the exhibition "A Small, Insignificant Love" Larisa Crunțeanu delves into the emotional universe of the Romanian reality-telenovela Forbidden Love. Spanning over 8 years of weekly releases, Forbidden Love presented cases of socially unacceptable romance, crossing boundaries of inter-generational romance, beauty and economic status. In 2015 Crunțeanu auditioned for the show and won the part of Petronela, a spoilt 30 year old struggling to accept her lover repeatedly leaving her for much older women.

Two years later Crunțeanu seeks out her former castmates to re-visit the experienced and performed drama of emotions, trying to negotiate the blurred line between real and fictitious emotions. Not unlike a therapeutic exercise, Crunțeanu develops forms of family constellations through interviews, re-enactments and the production of additional scenes, in order to find a form of closure for the characters and their actors likewise.

At tête Larisa Crunțeanu presents a first spatial visualization of this complex of artistic works. In the exhibition space we encounter large portraits of the four main characters printed on vertical blinds: “The Cheated Lover”, “The Cheating Lover”, “The Cheating Father”, and “The Mistress of Both Father and Lover”. These portraits stage a re-appropriation and re-interpretation of the characters by the former cast. The characters reappear in a schmaltzy music video for a tear-jerker song mimicking the dramatic language of the original series. Here, Crunțeanu uses these emotion-triggering effects to capture and transport the viewer into the tragic world of Petronela’s insignificant love story.

“A Small Insignificant Love“ is a multidimensional project, including a feature length film to be released in 2019. For the opening and finissage of her exhibition at tête, Larisa Crunțeanu will screen a work-in-progress version of the film.

Project realized by the Copia Originala Association, and co-funded by AFCN. The project does not necessarily represent the position of the Administration of the National Cultural Fund. AFCN is not to be held responsible for the content of the project, nor for the ways in which the results of the project might be used. Those are entirely the responsibility of the beneficiary of the grant.