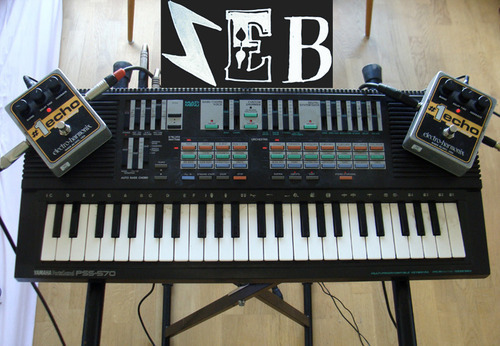 We are happy to invite you to the finissage of the exhibition WE, tête on Tuesday, January 21st. It’s the last chance to see our first collective tête-members-exhibition and above all, we will have a concert of Sébastien Brault.

concert: starting at 9pm (because of the neighbours – be punctual!)

Sébastien Brault plays lo-fi electro-pop with anger.
He exploits the limited presets of his toy-keyboard to build songs out of archetypal pop structures, which he then grinds through distortion and delivers with a raw urgency, reminiscent of no-wave/punk rather than electro-pop. Between genres by way of sheer inadequacy, his alleged musical influences include Suicide, Throbbing Gristle, as well as Bach and Enio Morricone.
Currently his favourite hobby is to destroy ukuleles.