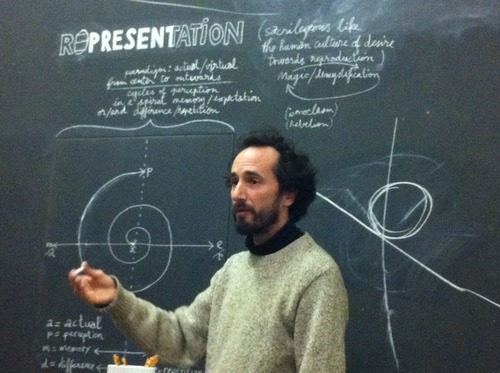 This March at tête, how about we re-invent the world, and everything in it? I’ll be your host, lecturer, and bartender - I’ll have Beer, Wine, Whisky, and a theory of everything to keep us entertained.

I’m sure you know now that the world does not stand on a turtle’s back. But where does our knowledge of the world stand, today? Well, I’ll tell you what I think about that. That’s the point!
Because I think we really lack a big picture of the world today - we all give up when we grow up and hear about the Big Bang.

Now, I know you’re no scientists, so I won’t even mention Quantum Theory or Special Relativity - it’s all extremely interesting, but you can google it, it’s well documented. Instead I’ll show you my own angles of attack, things I’m sure you haven’t thought of, some of which calls for new paradigms.
But I am no esoteric either, so don’t expect me to pull Spirituality out of my hat whenever I’m in trouble.

I’ll take you on a narrow path between Science and Philosophy, Physics and Language - towards the limits of human understanding, and my own personal theory of everything. From there, I think the view is breath-taking!
OMG I’m so excited - come have a drink with me.