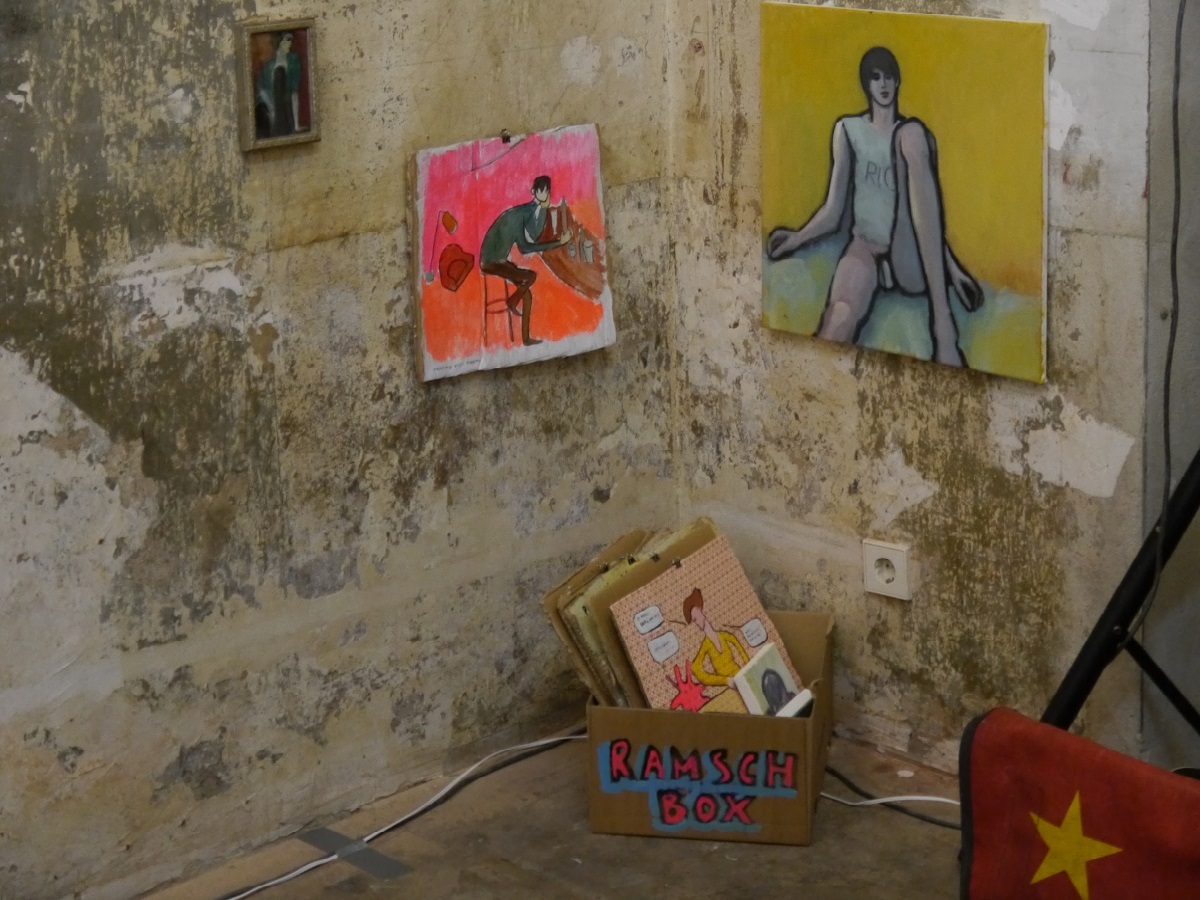 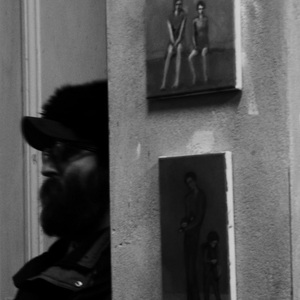 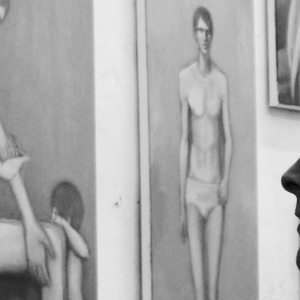 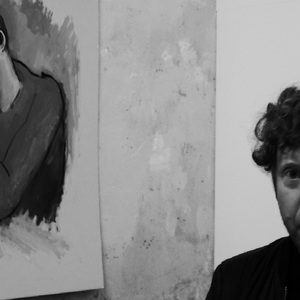 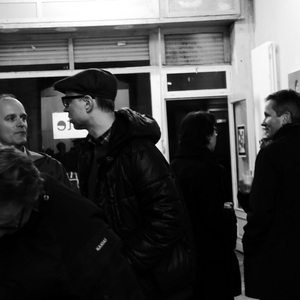 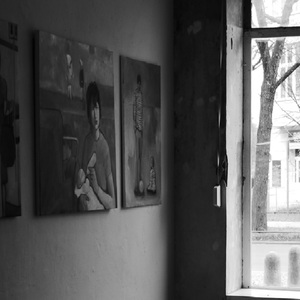 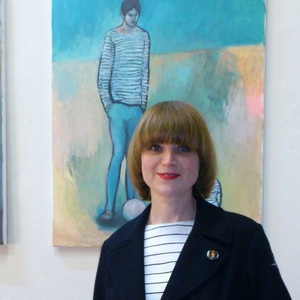 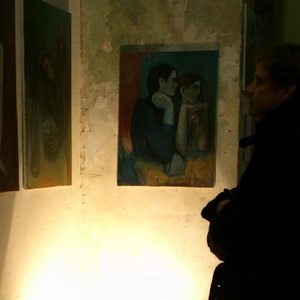 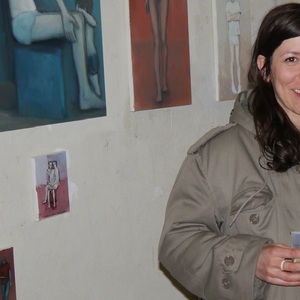 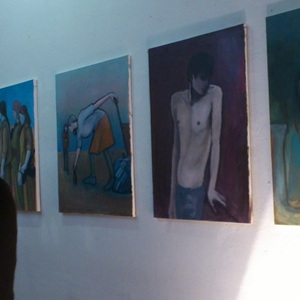 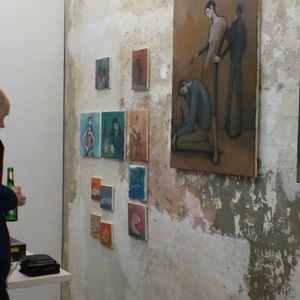 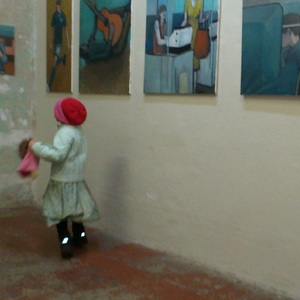 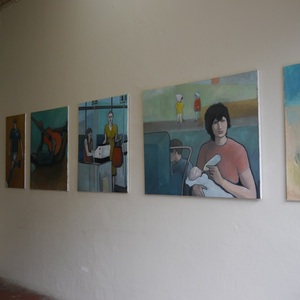 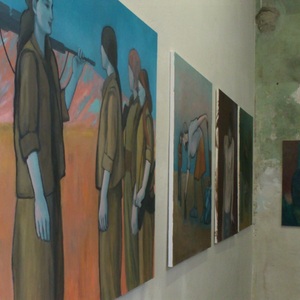 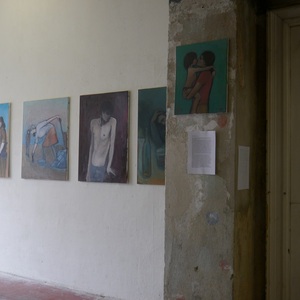 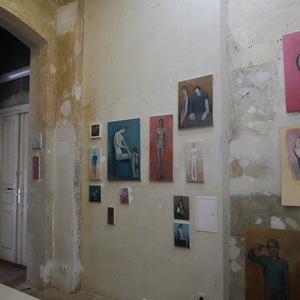 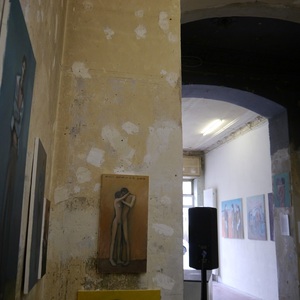 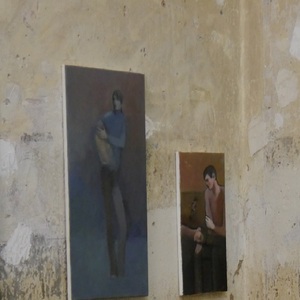 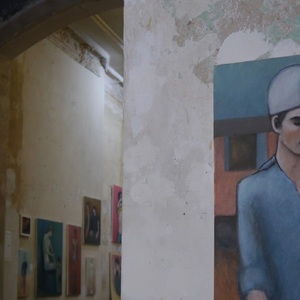 
"Supersession of the Now"

Juliane Vonna Schönhauser
Paintings
27th March-29th March 2015
opening, friday: 27th March, 7pm. open end. private view: 6pm
midissage, saturday: 28th March. opening times: 2pm-open end
finissage, sunday: 29th March. opening times: 2pm-8pm
Juliane Vonna Schönhauser was born and raised in downtown East Berlin. Growing up in the eighties, she experienced the changes and possibilities in the transforming Berlin of the nineties first hand, when she actively started to pursue her art. In 1999 she had her first big public display in the former bohemian then again trendy district of Prenzlauer Berg, her home place. Loving the visual arts, literature, and music, she came to study literature, working with musicians, and making visual art her profession. It could have all been the other way round, by her not seeing any difference between the ways to express yourself – painting was simply the easiest and fastest to get out into the public. Juliane Vonna Schönhauser has had constantly her work on display, choosing little project rooms rather than big galleries, being completely a child of her city’s positive attitude towards underground and DIY culture. She most of the time invited other artists to join, helped them also individually, later expanded her help towards musicians, and by founding „Poplars and Rocks“ had within a decade since the early zero years organised hundreds of gigs and events with young creatives from all over the world – as a true artist all on non-profit base and without any funding, being convinced to live for things that have to be done and said, more than the thought of how to pay your bills, and to keep culture free and accessible to everyone. Still escaping gentrification, she has often had to change her studios, and by engaging for a building of nearly hundred artists, she was for a short time selected president of an arts society, LA54. When not displaying art, she sometimes can also still being seen in the public playing records in some underground place.