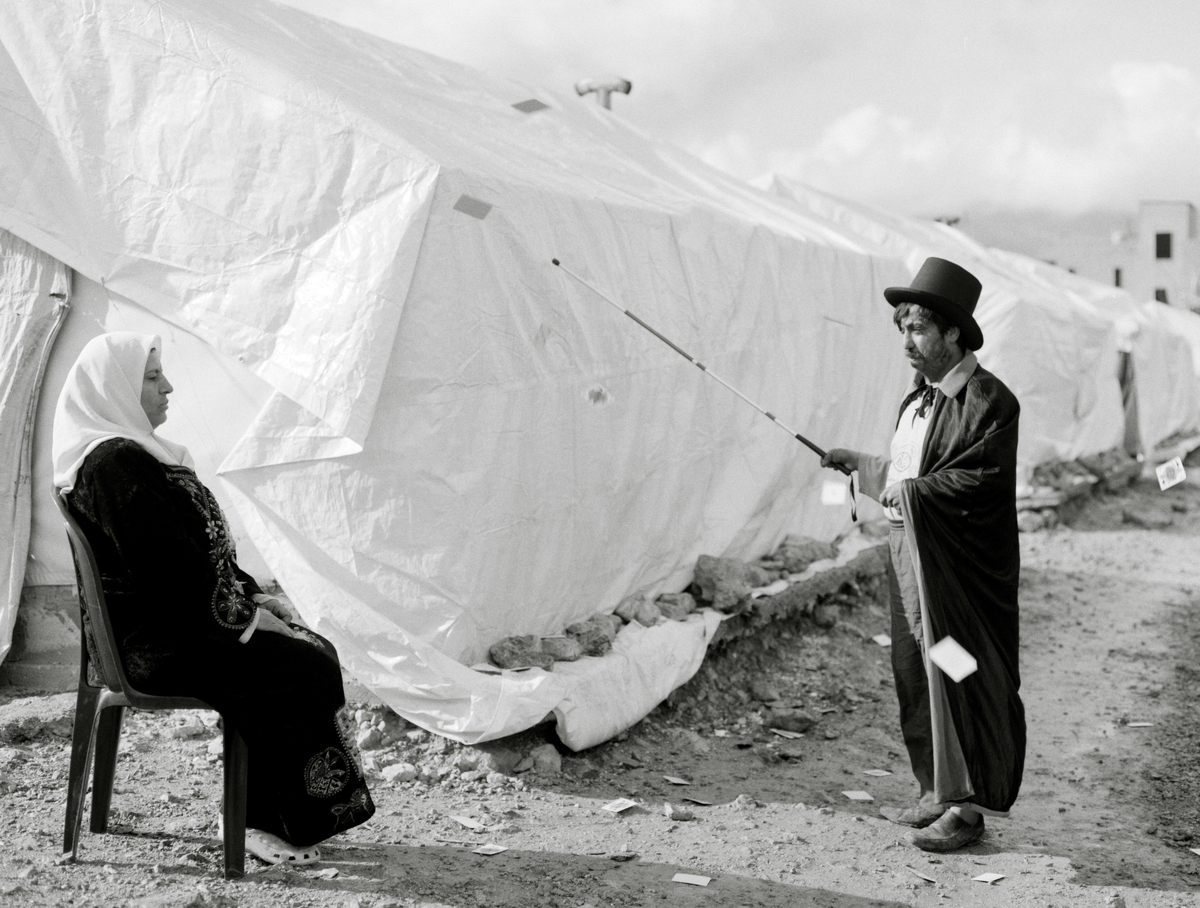 Omar will discuss his practice, both in photography and film, including his most recent work “Live, Love, Refugee” which explores the mental state of Syrian refugees in Lebanon, specifically investigating how relationships and dreams are affected by conflict and displacement. Working with his subjects in a theatrical manner, each acts out their personal stories of pain and desire in a surreal re-telling of the experiences they encountered while crossing multiple borders to escape their war torn country.

Omar Imam is a Syrian photographer and filmmaker based in Beirut. Since 2003, his work has been largely personal and oriented around social campaigns in Syria. Since the Syrian uprising in March 2011, Omar has been using ironic conceptual photography as a reaction to violence, often publishing under a pseudonym. After leaving Damascus in late 2012, he started making fictional short films looking at issue of Syrian refugees. His work has been featured internationally at Middle East Now Festival in Florence, Italy (2016), East Wing Gallery in Dubai (2016), The Price Claus Fund in Amsterdam (2015) Photoville Festival in Brooklyn, New York (2015), and is a past grantee of the Arab Fund for Arts and Culture and the Prince Claus Fund (2014). Originally from Damascus, he has been based in Lebanon since 2012.
http://arabdocphotography.org/project/live-love-refugee